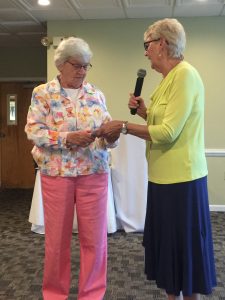 In 2018 during our  monthly meeting in May, our branch hosted its annual  International dinner held at the Wytheville Golf Club.  This year’s program was  focused on Italy presented by our friend, Ruth Lester. Rose traveled to Rome, Italy with a group of priests.  Rose spoke how she was invited as a friend to travel to Italy.  She said at first it was difficult, but once there, the trip was worth it. 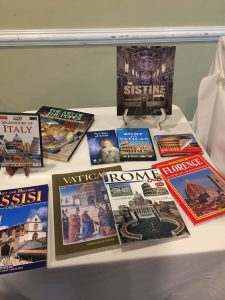 During our October meeting, Steve Carrothers, who formerly worked for our government, has used graphology in his former position with the  Coast Guard. Steve, a handwriting expert, presented a very informative program about handwriting analysis.  Steve has been analyzing handwriting over twenty years.  He demonstrated how writing a simple letter and identifying the slant or curve in our writing can  indicate ones’ personality.

According to the website businessballs.com, graphology – the study of handwriting and handwriting analysis – is now an accepted and increasingly used technique for assessment of people in organizations. Handwriting analysis is an effective and reliable indicator of personality and behavior, and so is a useful tool for many organizational processes, for example: recruitment, interviewing and selection, team-building, counselling, and career-planning.

During our March meeting Carrie Wu, one of our AAUW members  was our guest speaker.  Carrie began our meeting with an entertaining and informative narration of her Chinese culture. She told some of the differences between kung fu and tai chi, which she is a recent enthusiast. Carrie then shared pictures of her lovely city of Suzhou Garden, a city often described as the “Venice of the East”. She continued her program telling us about how important the Chinese New Year is to families.  With humor, she told us about Chinese New Year traditions, such as why the Chinese wear red and set off fireworks (to scare off “monsters”), and why families don’t sweep on that day. (They don’t want to “sweep away good luck” for that year.)  Carrie concluded her program by sharing beautiful Chinese music with the group.  We were all very impressed with her short presentation and the delight of getting to learn more about Carrie and her homeland. 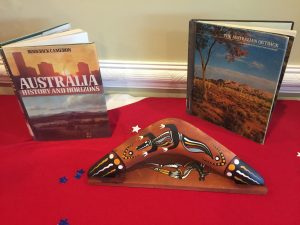 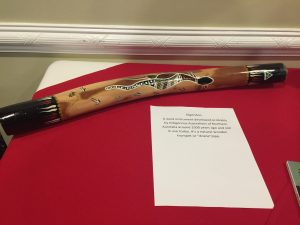 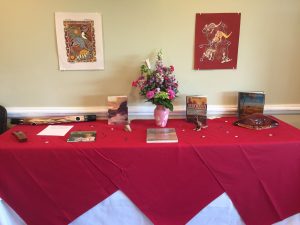 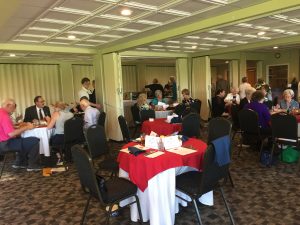 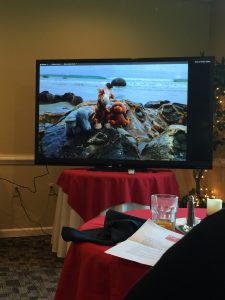 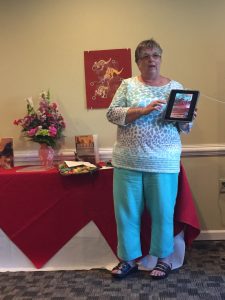 In 2017, during our  monthly meeting in May, our branch hosted its annual  International dinner held at the Wytheville Golf Club.  This year’s program was  entitled a “An Evening in New Zealand and Australia”  presented by our guest speakers, Faye Barker and Mrs. Crockett

Mrs. Crockett shared how she and Faye along with their spouses traveled abroad to New Zealand.  They each had brought along beautiful pictures outlining the landscape,  the beautiful coastline,  architect and some of their souvenirs. It was a very interesting and informative program.

“Staying in Australia and New Zealand, both speakers said the plane ride was something to account for when travelling abroad.”

During our February meeting, we incorporated our monthly meeting with our SW District Meeting. This meeting was very informative as we had three great guest speakers.   Kathleen Chester, Developer of the Street Ransom program out of Roanoke, Virginia share her mission aimed at addressing commercial sexual exploitation and includes: (1) the development of an emergency shelter for female human trafficking victims younger than the age of 18 (this would be the second human trafficking shelter operating in Virginia), (2) the development of educational curricula for schools and detention facilities so younger people can learn about warning signs that someone is involved in human trafficking, and (3) raising awareness in the community about human trafficking.  If you would like to learn more about the Street Ransom program, visit their website, click here

The Help Save the Next Girl program is aimed at educating young women and girls about predatory danger.

If you want more information about this special program, click here to read a great article by Millie Rothrock, staff writer for the Wytheville Enterprise.

Meet and Greet the Author

Ross Howell was our guest author for our March meeting. His book “Forsaken” is a snapshot of early 20th century Virginia and race relations. A very powerful read!!

Mr. Howell is a winner of the Gray-Carrington Scholarship Award, the Algernon Sydney Sullivan Award, and the Raven Award at the University of Virginia.  He  is a member of the Raven Society and Phi Beta Kappa. He was the recipient of the prestigious,  Danforth Foundation fellowship to attend graduate school.

Our branch enjoyed a wonderful evening with him as guest author as we were able to have a great book discussion.